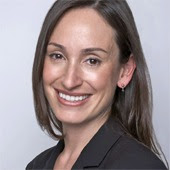 A win for conservative billionaire Sebastian Pinera shows the country is ready to move on.

Despite the calm, Chile's presidential election Sunday was one of the transformative political moments in Latin America in recent years. This transformation did not entail street demonstrations, a new constitution or the introduction of 21st-century socialism--yet it was no less radical. Chile has transitioned toward a more pluralistic democracy and away from two decades of electoral dominance by the Concertación--a coalition of mostly Socialists, Radicals and Christian Democrats forged in opposition to the Pinochet military government (1973-1989).

This was not an election driven by issues or ideology: Both candidates promised to continue Chile's market-friendly macroeconomic policies and its popular social welfare programs. Instead it was driven by personal stories. Piñera presented himself as an entrepreneur who would foster greater innovation and competitiveness; Frei as a wise, experienced former president (he led the country from 1994 to 2000).

Piñera's victory suggests a new era for Chile's politics. It signifies that the right has finally emerged from the shadow of Pinochet's military dictatorship to become a viable electoral alternative once more, able to lead an open and dynamic country without a fear of backsliding into the past. It is the end of the pro/anti Pinochet political divide--the guiding cleavage of Chile's politics since the 1970s.

The Concertación's loss is also in some ways the result of its successes. While many talk of the economic growth and stability brought by Pinochet's reforms, it is the policies and actions of the governing Concertación coalition that have truly transformed Chile into a modern state. These successive governments--through sound macroeconomic management combined with the creation of a broad social safety net--succeeded in reducing Chile's poverty rate from nearly 40% in 1990 to just under 14% today (nearly equivalent to U.S. rates). Chile's now much larger middle class is more politically independent, and Piñera openly wooed this cohort--ultimately successfully.

While highlighting the diminishing role of Chile's old political fracture, this election also highlighted a new divide--that between the old and the young. While Frei and Piñera came firmly from the old guard, the spectacular rise of Marco Enriquez-Ominami, a 36-year-old filmmaker and former congressman with the Socialist party, upended politics as usual. He became the most successful independent candidate in Chilean history, winning 20% of the first round votes. His strength lay in an emerging middle class focused on the future and open to political change. Whether we see an Enriquez-Ominami candidacy again in four years, this will surely be the last election where the leading candidates' formative years occurred under the Pinochet regime.

But Chile's future political challenge will be how to engage its younger generations. Unlike their parents, seared by the turmoil of the 1970s and 1980s, Chile's youth is politically apathetic. Less than 10% of 18- to 29-year-olds are even registered to vote. Many older citizens are also disillusioned. Polls show that 60% of the population believes that none of the candidates--or their parties--represent their ideas well. As the leftist Concertación tries to recreate a winning strategy and the right Alianza looks to deepen its victory, opening up the political system is vital. Chileans are demanding new approaches and more diversity. This election shows us that after decades of dominance by first the right and then the left, Chile's politics are now up for grabs.

Shannon O'Neil is the Douglas Dillon Fellow for Latin America Studies at the Council on Foreign Relations.