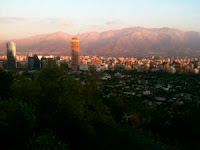 A few months back, I had the pleasure of helping to teach a course on the future of work in Santiago, the capital and largest city of Chile. Shortly after I returned, the city was named #1 on the New York Times' list of the 41 Places to Go in 2011. As the article says, the city has shaken off its buttoned-up reputation to embrace the arts, culture, and cuisine.

After decades of dictatorship and societal stratification, there is a certain energy in the Chilean air that is similar to the sunny optimism that used to be California's brand to the world. With all the development and growth in Chile's economy, is it possible that our West Coast neighbor to the south might become the world's new California? 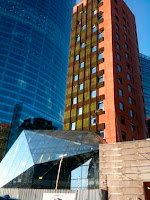 The two lands share many cultural and environmental similarities. Both experienced tumultuous gold rushes, produced nutty politics, and were home to famous instances of cannibalism (think the Donner Party and the Soccer Team).

Both places are bordered by the Pacific on the west and an imposing mountain range to the east. Both enjoy a mild, dry Mediterranean climate, though Chile's peculiar geography spans a much greater range along its lengthy spine, from the driest place on earth in the north to the soggy south. And both often struggle with smog, earthquakes, droughts, floods, and fires.

These climactic similarities lead both Chile and California to produce some of the world's best wine, fruit, and vegetables, and to have populations focused on sustainability and organic living. But one thing Chile seems to have in spades these days is an enormous sense of progress and pride, two things California could sorely use. Though much of Chile's recent economic success comes from its mineral riches (remember the Chilean Miners), the country's economic dynamism and embrace of design and culture has a much more Californian vibe than other booming places, like China. With a bevy of new museums and a food scene easily rivaling that of the Bay Area, Santiago is becoming a true world-class city. 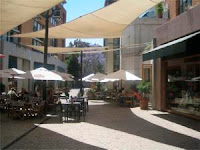 During my visit there, I attended the opening of the Chilean design Biennial, Chile Se DiseÃƒÂ±a, at the cavernous former train station turned exhibition center. The country's cultural minister was there to stress the importance of design in Chile's continued economic success, and to show off ideas ranging from sustainable flatware to the identity of Chile's flag airline ( LAN, which incidentally is the only South American airline to serve SFO) to earthquake emergency kits.

Part of Santiago's success is due to its investment in a world-class infrastructure. It's public transportation system is expanding every year, offering clean, cheap, and safe transportation for a city that is every bit as sprawling as Los Angeles. Combining a fractured system into a single, coordinated entity via the Transantiago program was not initially easy, and almost brought down the government, but has started to pay benefits in less congestion and pollution and more mobility for Chile's large middle and lower classes living on the fringes of the metropolis.

After all its years of political upheaval, the cranes towering over the city constructing new mixed-use developments like the Costanera Center, whose tower will be the tallest in South America, are signs that this booming country has undoubtedly arrived on the world stage.