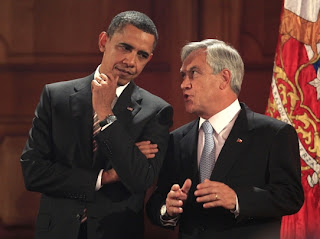 I recently returned from a visit to Chile, which launched an ambitious effort in 2000 to become an IT outsourcing hub. It did so in an effort to break its economic dependence on its mining industry. By offering massive subsidies, the Chilean government created an outsourcing industry that generated $800 million in revenue and employed 20,000 people in 2008. The Chilean Economic Development Agency (CORFO) asked my research team at Duke University to advise them on a way to grow this to a $5 billion industry by 2015.

I told them it was impossible. Chile had a population of 16 million people, and its universities graduated only 1,400 engineers per year. That put getting 100,000 additional IT workers for its outsourcing industry out of reach. Before long, the industry would start cannibalizing other important, technical professions. Civil engineers, mining engineers and university professors would abandon their posts for higher-paying IT service jobs. And salaries would increase to a point where the industry would cease to be competitive. I recommended Chile try to be more like Israel and less like India. Israel’s smaller, entrepreneurial population makes it a better model for Chile, whereas India’s much larger population gives it an advantage in pursuing the more traditional outsourcing industry model.

Chile’s entrepreneurial ecosystem has the same disadvantages as most regions of the world: Failure is vilified, secrecy is highly valued, and mentoring and social networks are lacking. To accelerate the pace of change, I told CORFO that Chile should import entrepreneurs. These immigrants would help connect locals to global markets, bring in fresh ideas, and boost innovation — just as they do in Silicon Valley.

But how could Chile become an entrepreneurial magnet like Silicon Valley? Chile might be one of the most beautiful places in the world with an open economy and vibrant democracy, but the country is relatively remote. So it is not as easy as it sounds.

Nicolas Shea, an adviser to the Chilean Ministry of Economy, had a good idea: Pay foreigners to come to Chile. In March 2010, I helped Shea’s team design an experiment to import 1,000 foreign entrepreneurs over three years in an attempt to build a thriving tech hub with a culture of innovation and risk-taking. This program, called Start-Up Chile, was formally launched this January. Entrepreneurs who choose to move to Chile for at least six months receive a grant of $40,000. Additionally, the program provides free office space and moving assistance. It also facilitates networking and business connections. (By way of full disclosure, I served as an unpaid adviser to the Chilean Ministry of Economy until January 2011. This year, I am a paid adviser to the board of Start-Up Chile.)

Why did I believe that this experiment would succeed when, as I have written, practically all government attempts to create innovation everywhere in the world have failed? Because the other efforts have focused on building clusters — fancy tech parks, constructed near research universities that subsidize chosen industries to locate there. Billions of dollars have been poured into some of these efforts. What these governments have failed to understand is that buildings and industry don’t make innovation happen — people do.