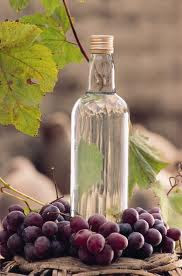 It’s difficult to fathom how a low-profile spirit like pisco could spawn an enduring rift between continental neighbours: it’s nearly odourless, with an unremarkably anemic hue. But the strong and stealthy South American grape brandy has been the viciously sought-after prize in an ongoing cultural tug-of-war between Chile and Peru for centuries.

“Pisco,” which translates to “little bird” from the central Andean Quechua word “pisqu,” refers to the valley where pre-Incan Pisku people, accomplished ceramists, first made the clay vessels that came to distill this grape-based aguardiente. I’d have guessed that the bird reference extended to the cheerful chirps resounding from the treetops while bygone hedonists stumbled home in the pisco-saturated wee hours, but hard historical facts prove my imagination wrong.

The clay jars moulded by the Piskus were initially used to store beer and other sippable treats, and were later adopted by the touring, grape-toting Spaniards to ferment wine. When the King of Spain banned wine imports in the 17th century, the people of what was then the Viceroyalty of Peru got inventive with the grapes gifted by their European colonizers and began distilling a stiff spirit in the earthenware of their forefathers. The drink became a fast favourite amongst locals and sailors passing through the port of Pisco: in addition to providing a name for a bird, an indigenous tribe and, of course, a firewater, Pisco is also a coastal town in Peru, and fans of the beverage began referring to it by the name of the place from whence it flowed in abundance.

Pisco’s roots seemed fairly linear until Chile declared independence in 1818, acquiring regions previously belonging to Peru and laying claim to a generous wedge of the pisco pie. Peruvians felt that an integral part of their culture was being usurped and argued that, from a historical perspective, pisco was of Peruvian origin and should not share a name with the Chilean version of the spirit (kind of like how France is the sole producer of cognac). Chileans responded by renaming a town in their brandy grape-growing region Pisco Elqui. Countless suits and claims were filed on both sides; bottles were (presumably) hurled; convolution ensued.

Although both Peruvian and Chilean appellations are now officially recognized as Origin Denominations for the feud-fueling spirit, the rights to pisco remain a topic of impassioned debate, stoking fiery Latin tempers on both sides. Nuances do exist between the two piscos; different varieties of grapes and distillation processes are used, and Chile produces higher quantities of the spirit while Peru promotes a more selective, artisanal approach. Generally, pisco brandies bear an unwarranted reputation for hovering just above the refinement platform of moonshine, but in reality, most are smooth and fruitful premium spirits carrying hints of spice, reed, beeswax and orange-blossom.

When it comes to the pisco sour — a sweet-tart blend of pisco, lemon, egg white, simple syrup and bitters — old rifts die hard. Not surprisingly, both countries vouch for the drink’s creation. Peruvians are fiercely possessive of their beloved brandy and its definitive mixture is like the Machu Picchu of cocktails. Since 2003, Peru’s national libation has boasted its own celebratory day (the first Saturday in February), during which all cups must be respectfully drained when the national anthem is played.

Drinking is best when linked with good times and camaraderie, and a well-crafted cocktail needn’t come with a side of archaic animosity. Besides, circular conflicts become increasingly superfluous with each silky sip of a pisco sour, a drink infamous for its easy potability and masked potency. You definitely don’t have to take sides to enjoy frothy pisco-based delights around the city: The Black Hoof features a highly addictive Lavender Pisco Sour ($11), and members of the Toronto Temperance Society can sip on a summery Pineapple Pisco Punch. Unfortunately, pisco is generally elusive at the LCBO (http://www.lcbo.com), with select (mostly Chilean) brands available intermittently through Vintages.