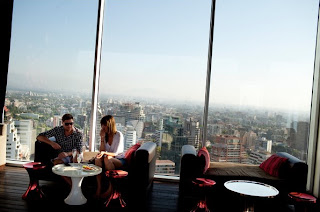 LIKE the on-again, off-again construction of the city’s Costanera Center, which will include South America’s tallest skyscraper, Santiago is reaching for the skies while progress moves forward in fits and starts, thanks in part to natural disasters like the 8.8 magnitude quake that rocked the country last year. Still, there’s a spirit of enterprise in the capital, which was the top destination in the New York Times Travel section’s “The 41 Places to Go in 2011” feature. From a growing fashion movement to government initiatives to create a Silicon Valley of the South, there is an energy that just can’t be suppressed. Long gone are the days when the city was derided for its food scene or seen as sleepy and staid. Arts sites like the Centro Gabriela Mistral, which opened in September, along with cutting-edge galleries, boutiques and stand-out restaurants, attest to an urban scene that has blossomed in the wake of a repressive dictatorship now long dead.

Diners can’t go wrong with any of the high-end restaurants along the section of Avenida Nueva Costanera in Vitacura surrounding the popular Peruvian restaurant La Mar (at No. 3922; 56-2-206-7839; lamarcebicheria.com). But several young chefs have begun staking out locations farther afield in the neighborhood, including Sebastian Maturana, who ran Cucina Rustica at the Lodge in Vail, Colo., before opening Casamar (Avenida Padre Hurtado 1480; 56-2-954-2112; casamarchile.cl). The restaurant features sustainable seafood in a glass-and-bamboo framed space. Favorites include grilled octopus doused in olive oil and garlic, with tomato marmalade, sliced avocado and olives (6,500 pesos, or about $14 at 470 pesos to the dollar), and ceviche de cojinova austral, a ceviche of silver warehou with scallions, red onions, avocado, ginger and watercress (5,800 pesos).

3) WINE BY THE GLASS

The stylish Whiskey Blue nightclub at the new W Santiago (3000 Isidora Goyenechea; 56-2-770-0000; wsantiago.cl) has quickly become a magnet for the city’s elite, but if you’re looking for a low-key alternative, head to Baco Vino y Bistro (Santa Magdalena 113/Nueva de Lyon 116; 56-2-231-4444), a new wine bar in the bustling downtown district of Providencia. It draws a mixed crowd of well-dressed residents and serious wine connoisseurs enjoying the recent trend here of wine by the glass.

It took Jorge Yarur Bascuñán, a descendant of Palestinian textile merchants from Bethlehem, 10 years to turn the family mansion — a modernist glass construction from 1962 — into the Museo de la Moda (Avenida Vitacura 4562; 56-2-219-3623; mmyt.cl), a museum devoted to fashion and the memory of his mother, Raquel Bascuñán Cugnoni, a socialite with a penchant for high fashion. The museum’s approximately 10,000 garments include a Jean Paul Gaultier conical bra designed for Madonna, a tutu worn by Margot Fonteyn, and pieces from a recent ’80s exhibition, including early collections from Vivienne Westwood and Thierry Mugler. The museum has a delightful cafe, El Garage, with floor-to-ceiling glass walls, colorful art and light fare like salmon carpaccio (3,300 pesos) and seafood with couscous (5,500 pesos).

Fashion-savvy Chileans get word, often through Facebook, of temporary fashion markets known as ferias. One of the most popular is Bazar Oriente (Club Médico la Dehesa, Avenida La Dehesa 2245; bazaroriente.cl), which features smaller labels. For visitors interested in a shortcut, a stylist named Ameriga Gianonne (56-9-790-59144; agstyling.com) can help you find lesser-known ferias, as well as stylish stores like Hall Central (Merced 346; hallcentral.cl), which stocks upcoming Chilean designers, and Porquetevistes (Gertrudis Echeñique 360; 56-2-207-5525; www.porquetevistes.cl), with more established labels. You can’t say you’ve been shopping in Santiago without heading to the luxury-store-lined street of Alonso de Córdova, which looks like a toy town version of Fifth Avenue. New stores include Noon (Alonso de Córdova 4120; 56-2-723-0273; ojoconlamoda.com), which stocks coming Chilean and Swedish lines. Wool (Alonso de Córdova 4098; 56-2208-8767; alfombraswool.com), which sells carpets, displays small squares of carpet on its wall like fine works of art.

Every month or so, two shoe aficionados, Marcela Strika and Lorena Muñoz, otherwise known as Tacón Zapatos (Monjitas 537, Dpto 74, Bellas Artes; 56-9-9159-8995; taconzapatos.blogspot.com), invite customers to Ms. Strika’s apartment or a rented hotel suite to sip Champagne and check out the flamboyant shoes they sell from Luz Principe, an Argentine designer of frilly, floral slip-ons and sexy black ankle boots. From 63,000 to 110,000 pesos a pair.

For a local dining experience somewhat removed from the high-end restaurants of Vitacura, Casa Lastarria (Lastarria 70; 56-2-638-3236; casalastarria.cl), in the artsy downtown district of Lastarria, offers home-cooked meals in a 1930s Tudor-style building that is filled with vintage furniture. Frequented by artistic types, this new addition to the Santiago dining scene offers dishes like congria eel in almond sauce (5,000 pesos) and chicken with Cognac (5,900 pesos).

Midnight
9) ALL IN ONE PLACE

When it opened last year, local residents flocked to the Museum of Memory and Human Rights (Matucana 501; 56-2-365-1165; www.museodelamemoria.cl). The contemporary concrete, glass and copper structure, designed by the Brazilian architect Marcos Figuero, covers an entire block in downtown Santiago. Inside are photographs of victims of Gen. Augusto Pinochet’s brutal dictatorial rule, video footage of protesters and other documentation of his 17 years (1973-1990) in power, when more than 3,000 people lost their lives, or disappeared, following his crackdown on dissent. Another memorial site is Londres 38, housed in a building that was previously used as the municipal headquarters for the Socialist government of Salvador Allende and then as a torture center under the Pinochet regime (Londres 38; www.londres38.cl). On a cobbled street in the historic Paris-Londres district, it offers free guided tours on the history of the building.

Rent bikes at La Bicicleta Verde (Santa María Avenida 227, office 12; 56-2-570-9338; labicicletaverde.com) and explore the nearby vineyards of the Maipo — a region of winding roads and wineries some 30 miles from the city. Rentals are 12,000 pesos a day; vineyard tours available. Among the vineyards worth visiting (book in advance): La Montaña (Fundo el Peumo, Camino Santa Luisa, three miles south of Huelquen; 56-2-264-9846; vinalamontana.cl), with a wine store and hiking opportunities, and, a few miles farther, Pérez Cruz (Fundo Liguai, Huelquen; 56-2-655-1318; perezcruz.com), which has an unusual winery building with curved pillars. Two and a half miles down the road is Huelquen (Camino Padre Hurtado 4595, Huelquen; 56-2-822-1264; huelquen.com), an organic winery. 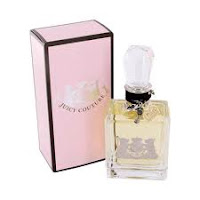 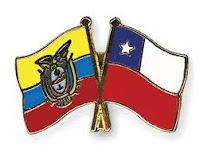 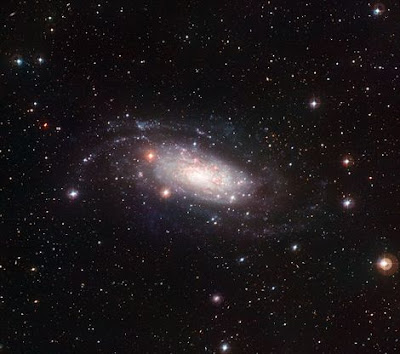